Election 2015. Five Questions for Candidates on the NHS 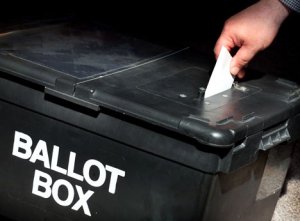 Without doubt the general election, to be held on 7th May this year will be one of the most volatile and unpredictable elections in modern history with the so called Big Three being challenged in England by the rise of the Green Party, UKIP and local independent candidates. In addition there is a full election for all the Council seats in the East Riding, plus one third of the seats are up for grabs in Hull’s Guildhall.

There are many issues that will be discussed but the future of the NHS is at a critical stage. £100 million cuts are decimating Hull Royal Infirmary, we have chaos at Yorkshire Ambulance and a Cottingham GP Dr. Jeanette Brooke of the Chestnut Surgery told the media today, “This Government is running the health service into the ground”.

Save Our NHS Hull and E. Yorkshire does not endorse any political party. But what we do ask is that the voters demand clear and unequivocal answers to the following questions which can put to Parliamentary and Council candidates alike. We, the voters can make our decision based on the responses received.

We would be interested to hear what responses, if any you get from currently elected politicians and those who aspire to serve in elected representative positions.